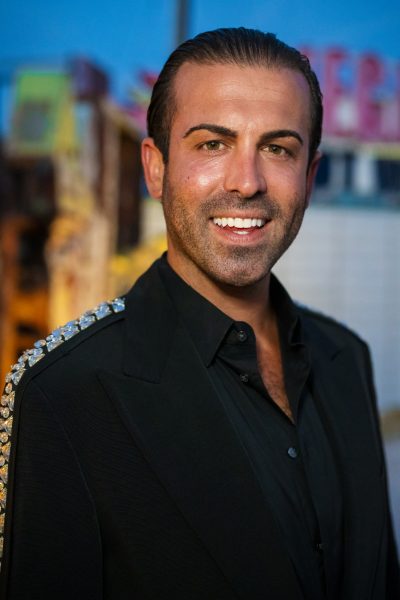 Joshua McKinley Cook was born on November 2nd 1985 in Willoughby, Ohio a suburb of Cleveland. Growing up Joshua balanced a life of athletics and theatre, where both equally helped to shape and transform the designer that he is today.

Craving a bite of the Big Apple, he started attending New York’s Fashion Institute of Technology in 2005. This education marked the beginning of an injection of courage and creative freedom to experiment with innovative design and high tech fabrics.

By 2006, still hungry for a greater respect of the history and foundation of design, Joshua was accepted to study abroad with a select group of students at the prestigious Polimoda School of Design in Florence, Italy.

Upon receiving his Bachelor of Fine Arts degree in 2009, Joshua was already working as a freelance designer but furthered his credits by focusing in on the private label design world for brands such as Neiman Marcus, Boston Proper, and Cache.

In 2011 Joshua was fortunate enough to have the opportunity to show his work to the world and rise to success as runner-up of the Emmy-nominated ninth season of Project Runway. His accomplishments were so well received that he was asked back to Project Runway All Stars in 2012, and finished in the final four. The “Real Woman Challenge” highlighted Joshua’s ability to translate the High Fashion vocalization to every gorgeous woman no matter her form.

2013 marked the beginning of Joshua’s design collaboration with Johnathan Kayne on a capsule collection of dresses and gowns that are entirely suited for red carpet, galas, and the finest pageant’s worldwide. Through bedazzling his brand, McKinley hopes his work helps to inspire others to follow their dreams and never give up!

Joshua McKinley continues to focus on his signature menswear and women’s wear collections.